I logged out of Facebook and stayed out for a month. During that time, I discovered that I had more mental clarity, focus, and could actually get more things done.  I enjoyed that so much that I went one step further to deactivate my Facebook account – though I must admit I am curious as to how that will affect the views on this blog because I was using the Publicize feature, connecting my blog to my Facebook account. But I will see.

So here’s a summary of how I found life without Facebook:

1. I realized I benefited from the absence of all the ‘noise’ on Facebook

Social media is like a noisy market, full of people peddling all kinds of things — their opinions, their favourite songs and movies, quotes, their rants, photos, achievements – from what they cooked for dinner to where they went for vacation. I did all those things too when I was using Facebook actively. Scrolling down my Facebook newsfeed felt like walking down the street where there were so many things on display, and I made many stops to take a look at them without getting much takeaway in the end.

2.  I felt more peace and freedom to just be, instead of feeling pressured to keep doing and achieving

On a public forum we will tend to only disclose the positive side of our lives, at the majority of the time at least. It’s easy to have our minds be influenced by that illusion of perfection and before we know it we start to feel discontented with what we have. On Facebook, everyone’s life is not only awesome, but picture perfect.

3. I don’t miss out on my regular dose of helpful and necessary information

Brendon Burchard, for example, maybe among the most followed public figures on Facebook, but I am able to stay updated with his latest videos and books by subscribing to his email newsletters. I used to read Forbes articles via Facebook, but what’s so difficult about typing http://www.forbes.com on my browser?

4. I felt more present in my daily life and work

Aside from getting more things done at work, I also became more motivated to nurture real-life connections, especially at work, where I spend most of my time. Before going off Facebook, the sense of belonging (whether false or real) I had from chatting, posting updates, and exchanging comments online, even if they were with people I hardly met up with caused me to be lazy and complacent to the extent that I would eat lunch at my desk. I thought it was because I wanted to finish my work faster to go home earlier, but looking back, the real reason was probably that I had consumed a lot of my social energy online till I didn’t have much left to be present with people in the flesh. I have since started to engage more with the people at work – and it has certainly been enriching!

So after my first Facebook post in one month, I suddenly felt my mind getting cluttered with noise again. And somehow online bantering just did not feel so meaningful anymore. I dropped a private message with my phone number for a  former university classmate whom I had not seen in many years since we mentioned possibly meeting up, and another one for a friend who is organizing an event I am interested to attend. And then I deactivated my account. 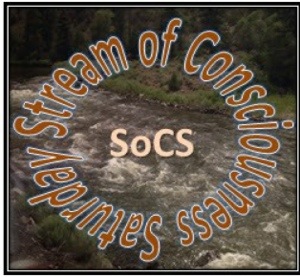 Here I am today
In my own little pad
And computer
Typing away
Writing
Making my living doing what I love.

So this is my shape today
A shape full of hope
Of some dreams that have come to pass
So this is why I believe
To a good extent we can
See the shape of things to come
Envision, predict, foresee
Draw the blueprint
With the power of our dreams
And the hard work that follows the dreams
Egged on by the heart’s desires
The reasons to jump out of bed every morning
Knowing that every single day
The future is taking shape.

If the present is like clay
Take it, mould it, shape it well
Because every day
Every thing we do
Goes into the shape of things to come.

I want mine to be all pretty and lovely
Jewel encrusted, teeming with life and laughter
Solid like a century-old oak tree
Yet fluid like water
Full of freedom like leaves that dance all they like in the wind
And fall to the ground
Only when their service to nature
Is done.

I had some grandiose plans
Of a spanking sparkling kitchen
Nary a speck of oil on the stove
Floor so spotless you want to dance barefoot.

Dust and dirt vacuumed to perfection
Laundry all done and swaying happily in the wind
Powdery freshness pepping up the air
Only thing left to do is wash my hair.

But I chose the better way
So dishes sit in the sink
While I breathe garlicky air–the aftermath of Chinese cooking
Indoor slippers feel better than clean floors.

I ignore my army of detergents, brushes, and mops
Grab a book and a glass of wine
Some chocolates and nachos
And gleefully indulge
In the liberty to choose
To laze
To just be.

The wine is good.

The freedom
Of a single-track mind
The narrow path
That leads to life
The excitement
Of being alone
With that dream
That only you
Can understand.

The courage
In saying ‘no’
To the popular, enticing, pleasurable
Just to say ‘yes’
To what you know is right–
The singleness of goal.

The joy
Of being in The Flow
Where at every moment
Everything you touch
Grows.

When we mindfully and purposefully embrace the present, the future takes care of itself.

This blog has been viewed

Will You Help Me Raise USD 2620 for TFK? Click Now to Donate!